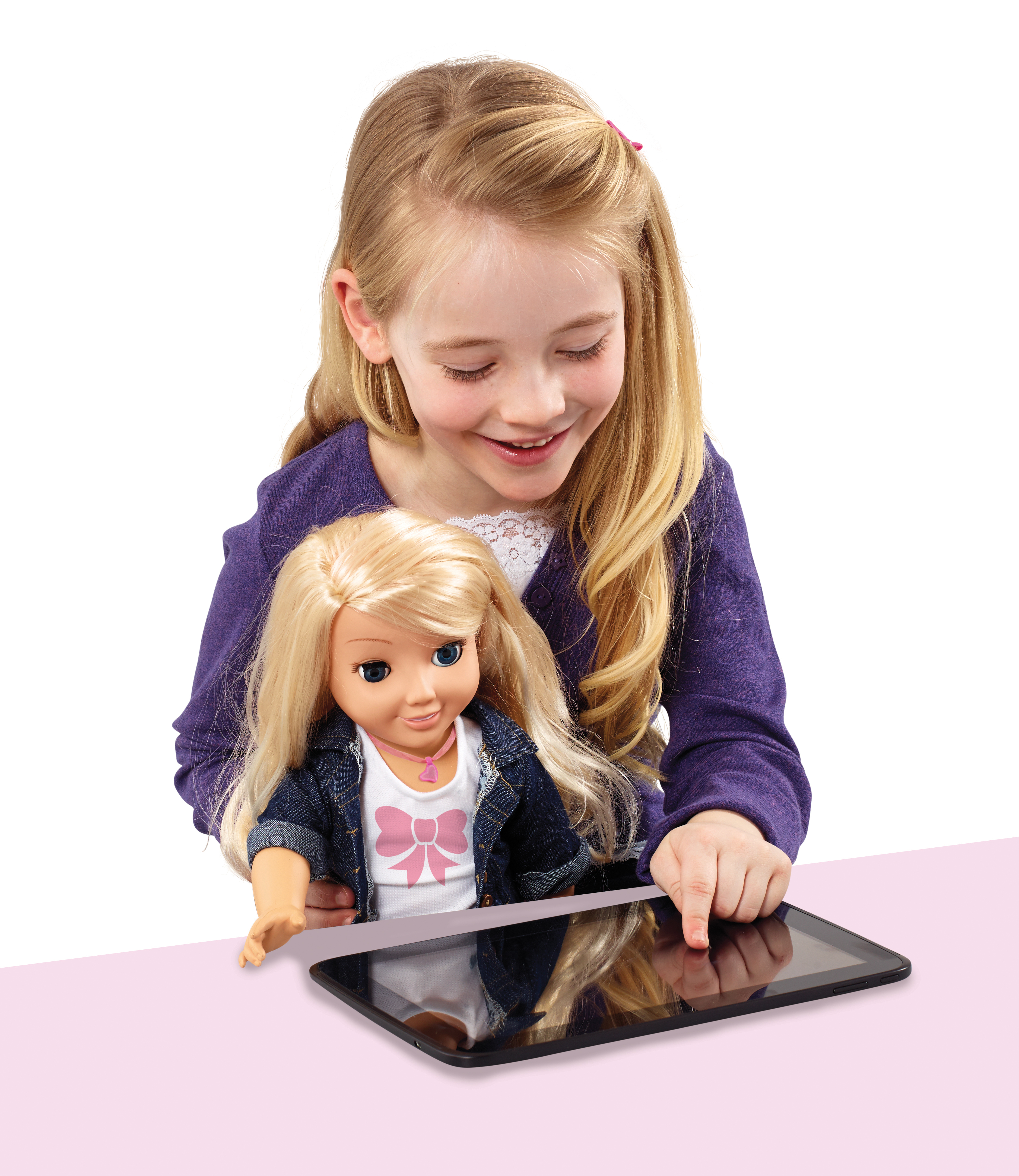 Griffiths Consulting, the Munich specialists in commmunicating to the target groups Family, Child and Youth, is supporting Vivid Germany in the launch of Cayla, the first internet-connect doll. The launch campaign includes media and mum blogger relations, notably a pre-launch press event.

Very early on, Griffiths Consulting recognised the potential of bloggers for word-of-mouth marketing and was the first agency in Germany to build a parenting blogger database. In addition to utilising this asset, Griffiths Consulting presented a pre-launch event last summer introducing Cayla to the press and key bloggers.

Children from four years old can play with Cayla like any other traditional doll but additionally they can start a conversation with it. With its modern technology and the option to connect it to the Internet, traditional role play is lifted to another level. Cayla can listen to and answer trivia questions, she can give spelling tips and solve calculations. Cayla was recently selected as one of the Top 10 Toys and has been nominated for Tommi, the German children’s software award.

Vivid Imaginations was founded in 1992 by Nick Austin and Alan Bennie and has been the UK’s largest toy company for over ten years. Since 2009, the company has been represented by Vivid Germany which has an office in Nauheim near Frankfurt am Main and has been growing steadily ever since. Vivid’s concept for success includes high quality products, high integrity and employees with a long experience in the toy industry.

Griffiths Consulting is an award-winning PR and marketing agency in Munich. The agency has particularly broad experience with the family, kids, and youth target group and works across industry sectors, for instance, baby products, tourism, fashion, toys, education, and hobbies. The agency’s core competencies include strategic consulting, corporate and creative brand communications including advertising, social media as well as crisis PR in cases such as litigation or product recalls. Ulrica Griffiths, who previously ran Public and media relations for toymaker LEGO in Central Europe, founded it as a PR agency in 2004.